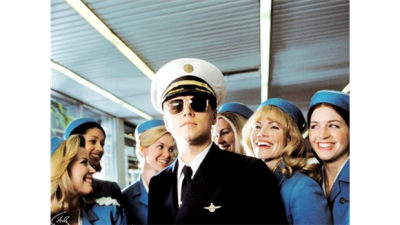 Last week I re-watched the hit movie Catch Me If You Can which has recently been added to Netflix.

ItÃ¢â‚¬â„¢s a cracking yarn where a youthful looking Leo plays the role of Frank Abagnale who was such a great conman in 1960Ã¢â‚¬â„¢s America, the FBI turned to him for expert advice during his time in jail and actually employed him upon his release.

His reproduction of fake IDÃ¢â‚¬â„¢s, pay cheques and phoney credentials is much harder to repeat in todayÃ¢â‚¬â„¢s digital age and increasingly paperless economy but it got me thinking about the way people represent themselves and the way the truth can be manipulated.

Untruths, falsehoods and rubbery figures are still a fact of life in the 21st Century. Donald Trump’s election has resulted in a continuing worldwide discussion about fake news.

It appears that if something is repeated enough times, especially by an Ã¢â‚¬ËœexpertÃ¢â‚¬â„¢ or an influential group, it is accepted as truthful and accurate.

This process is spurred on by Tweetbots that spew out millions of messages from computer generated Twitter accounts and fictitious Facebook users (called sock puppets, itÃ¢â‚¬â„¢s a thing I looked it up) who stir up trouble, offer biased commentary and write false reviews.

If it wasnÃ¢â‚¬â„¢t so annoying it would be laughable however, baseless claims and untruths paraded as facts are actually a threat to many aspects of our business lives.

So whatÃ¢â‚¬â„¢s all this got to do with human capital management and learning & development I hear you ask?

The Edutech industry is essentially unregulated and there are no barriers to entry. In theory anyone build an LMS and generate content if you have a big enough team. And thereÃ¢â‚¬â„¢s certainly no easy way to measure claims about whoÃ¢â‚¬â„¢s the most nimble, most creative, fastest growing or most awarded.

While no-one is going to admit their solution or their content is mediocre, none of us is served well when the truth is bent.

The Ã¢â‚¬Ëœholy grailÃ¢â‚¬â„¢ of training (where 100% of the target market absorbs 100% of the content and 100% penetration leads to 100% compliance) will likely never be achieved and, like most providers, Peopleplan is still perfecting our own formula that gets us closer to this goal.

We are always looking to create the most engaging content and a revolutionary method to deliver it. In our endeavours we have always tried to remain authentic.

WeÃ¢â‚¬â„¢ve always believed that engagement and targeted content should be focussed on generating organisational efficiency and success – be it driving incremental sales, engaging stakeholders more effectively, increasing productivity, reducing risk, minimising down-time or a host of other challenges that confront owners, managers and shareholders.

All we can do is continue to set real targets, monitor activity closely and measures outcomes more effectively so that our clients receive a return on their investment Ã¢â‚¬Â¦ not just fake news.